As fans of the Green Bay Packers, we know very well how unique the franchise is in the annals of the NFL and all of sports. Well, now get ready to add another unique event to the mix.

The Packers will take on the San Francisco 49ers on Sunday, September 9, for the season opener. (Oh, and did we mention that that weekend is also Packer Alumni Weekend? Fan faves from years gone by will be heading to Green Bay.) That's not the unique part, however. That comes courtesy of former Packers offensive lineman Alan Veingrad who is offering football fans a chance to join him for "a weekend of Torah and touchdowns in the football capital of the world...", according to a press release about this event. More on that in a moment. But first, a trip down memory lane. 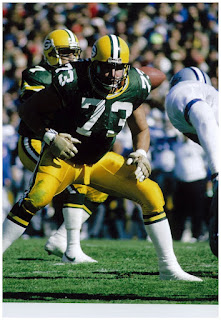 Veingrad was signed by the Packers as an undrafted free agent in 1986 out of East Texas State University (now Texas A&M-Commerce for those keeping track of such things). He was 6'5" and 277 pounds, pretty big for that era of the game. Veingrad made the team as the opening day starting offensive tackle and went on to play for the Pack for five seasons, from 1986–90. He started every game for the Packers during that period except for five games in 1987. Veingrad moved on to the Dallas Cowboys as a Plan B free agent for the 1991 season, where he helped Emmitt Smith win the NFL rushing title that year, and helped the 'Boys win it all the following year in Super Bowl XXVII. That's the football side of Veingrad. Well, that and he was inducted into the National Jewish Sports Hall of Fame in April of 2010. Previous inductees include Jewish sports legends such as Sandy Koufax, Red Auerbach, and Hank Greenberg. We ran a post about that at the time here at packerfansunited.com, as a matter of fact.

The personal side
But there's also a personal story, as there is with every player. In fact, there's a great story about Veingrad's story (with me so far?) which ran in the New York Times in 2010. You can read that here. The short version is that Veingrad was and is Jewish, a rarity in both college football and the pros. At college, he may have been the only Jewish student on campus. While the object of some proselytizing, Veingrad retained his strong Jewish pride and dignity. As the Times' article notes, in his rookie season, through the invitation of a local businessman in Green Bay, Veingrad was able to connect with the small Jewish community in Green Bay which helped him survive the isolation of being the only Jewish player on the team. As he says, “Being Jewish left me open to a fair amount of good-natured ribbing and kidding, more the by-product of insensitivity than of malice. In the rough and tumble environment of an NFL team, a Jew is an outsider.” 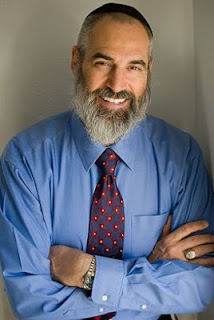 Since his retirement after his seven-year NFL career, Veingrad has used his championship
experience to score big in the financial services industry. Veingrad also speaks to audiences across the country, relating his story of how the lifestyle he fell into after his retirement from professional football left a void that unwittingly lead him to embrace Torah and Mitzvahs. He shares his unique perspective on how the discipline of being a professional athlete set the stage for the process of him to become an observant Jew. (You can learn more about Veingrad via his own website.)

Now back to that "weekend of Torah and touchdowns" we mentioned earlier. And to get it all correct, I am going to quote from here on the press release details of the event as they were provided to yours truly. If interested, you'll find contact information at the end of the release for further information. It sounds like a great experience and a very unique time indeed. Well done, Mr. Veingrad, in putting together such a creative event for Jewish football fans...regardless of team denomination! :-)

Alan “Shlomo” Veingrad takes fans back to his old team and stadium for a unique and amazing Shabbat/NFL weekend .

Former offensive lineman for the Super Bowl XXVII World Champion Dallas Cowboys, Alan “Shlomo” Veingrad has taken the story of his unique journey from the Super Bowl to Super Jew to audiences around the world.

Now Alan is offering football fans a chance to join him for an incredible weekend of Torah and touchdowns in the football capital of the world, Green Bay, WI.

The event takes place the opening weekend of the NFL season, with the game itself on Sunday, September 9, 2012.

For the first time ever in Green Bay, and perhaps the NFL, Jewish fans can have a football Shabbat weekend experience ten minutes from the stadium. The package includes game tickets and three nights with all meals at the Hyatt on Main, Green Bay’s premier hotel property. The hotel is going all out for observant guests, including kitchen “kashering,” a fully Glatt kosher menu, Shabbat arrangements, and a 24 hour Tea Room!

Beyond offering observant Jews the opportunity to enjoy the NFL with full kosher amenities, “Alan believes Jews with a modest interest in their Jewish background will come away from the weekend with a totally new take on their faith and heritage,” commented Michael Marcus, Alan’s partner in KSE Tours, the event promoter.

Friday afternoon Alan will host a private tour of Lambeau Field, the stadium where he had five great years before moving to Dallas and his Super Bowl championship. And for observant Jews in attendance, afternoon Minchah prayers at the stadium will be included!

Back at the hotel, it will be a full-fledged Shabbat weekend with plentiful portions of kosher food, good company, and a chance to spend up close and personal time with Alan.

On Saturday after Shabbat services, lunch and leisure time, Alan will give a presentation about a subject near and dear to him: “STRUCTURE IS THE KEY LIFE” -- What team sports offer for a few years, Judaism offers for life!

To top the day off, Alan will be joined by some of his former Packer player friends to preview the following day’s game at a Melava Malka (fourth meal!).  This “Chalk Talk” will provide rare insights for guests to learn about the next day’s match-up from a player’s point of view.

And what a match up it will be!

Two of the league’s premier teams and quarterbacks – Aaron Rodgers and Alex Smith – will square off in what could quite well be a preview of the NFC championship game. After a blow-out kosher tailgate party, guests will watch the game – with Alan – in seats most likely five to ten rows from the field!

Please call 888.222.6141 or email info@ksetours.com for more information, including rates and group discount options.
Posted by packrphan at 9:52 AM